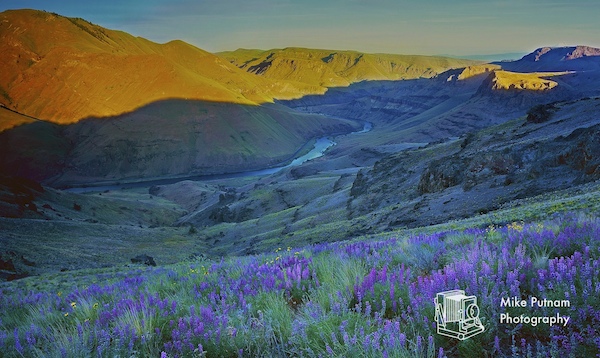 From its headwaters at Little Lava Lake the Deschutes River travels 252 miles to its termination at the Columbia River.  Through out this 252 mile journey, the Deschutes River changes personality several different times.  The Upper Deschutes River is more of a large stream than a river as it flows between lakes along the Cascade Lakes Highway and it gathers steam and volume as it nears the city of Bend and some popular viewpoints at Benham Falls and Dylan Falls.  Technically,  the Middle Deschutes River starts at the city of Bend and terminates at Lake Billy Chinook and in between it suffers from dangerously low summer water levels which some great groups, such as the Deschutes River Conservancy are helping to alleviate.  Below Lake Billy Chinook is the aforementioned Lower Deschutes.  It is what I consider to be the most “Western” section of the Deschutes River.  Big, arid( except in the spring), rugged, filled with Steelhead and trout, and marked by undeniable signs of man.  Most of these sign of man stem from railroad wars as a race raged to cut old growth ponderosa upstream in the Central Oregon area.  Any fisherman who has been on the Lower Deschutes before sunrise has seen some amazing light shows on the aged canyon walls of this grand river, which is why I wanted my first and so far best photo of the Lower Deschutes to be captured at sunrise. 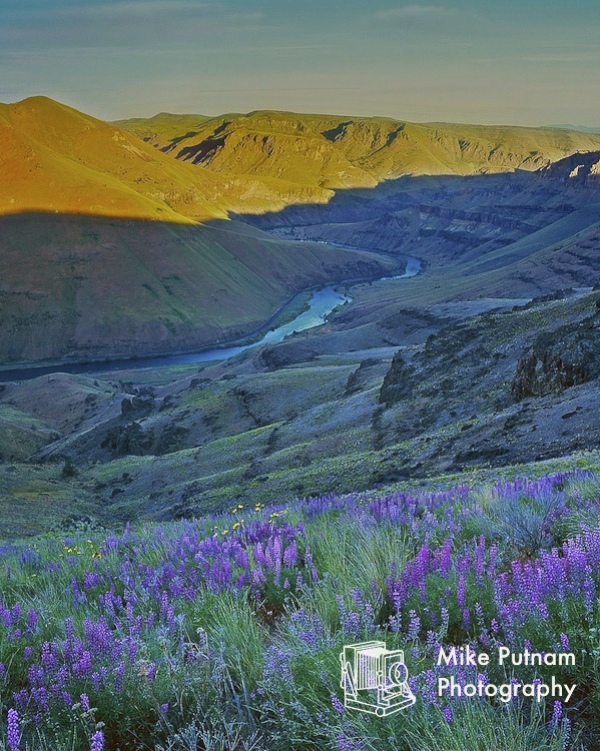 In addition to the elegant S- curve of the Lower Deschutes, in the fine art print of this image, the majestic, snow covered Mt. Hood is clearly visible in the upper right hand corner of the horizontal version of this print.  Spring wildflowers, the rugged and intricately textured Lower Deschutes River canyon, the amazing Lower Deschutes River, and the glacier covered Mt. Hood, all in the same print.  I couldn’t be happier and I’m confident your favorite fly-fisherman will love this print as well.  Look for this print to make its debut at my next first Friday show in Downtown Bend, on September 5, 2014.  To view a larger version of this image please visit my Oregon Rivers Portfolio.  This wonderful print of the Lower Deschutes was captured with the same large format Camera that I use to create all of my fine art prints, so this print can be made as big as 50 inches wide and still maintain impeccable detail.  If you have any questions or you would like to place an order, for a fine art print of this image, please contact me directly at 541-610-4815.