Living In Bend, Oregon it is almost impossible to not be familiar with the Three Sisters Mountains.  Most commonly they are referred to as South Sister, Middle Sister, and North Sister.  They are also referred to as Charity(South), Hope(Middle) and Faith(North).  These names are usually attributed to early settlers in the Central Oregon area. 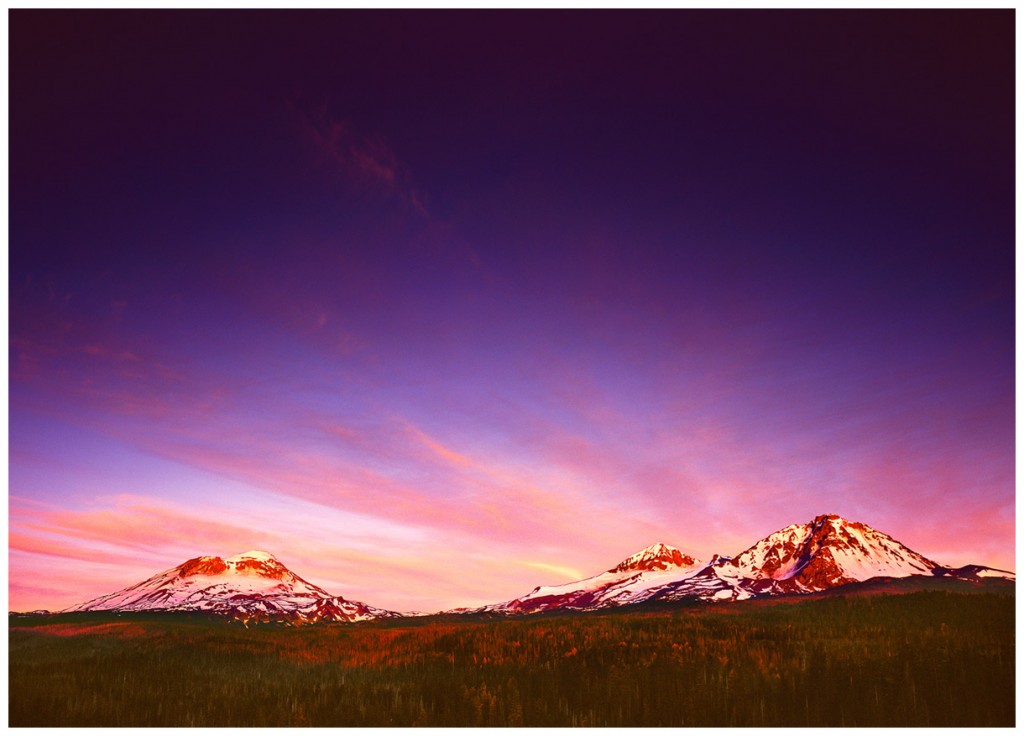 Between the Three Sisters, there are 15 named glaciers, which is almost half of the 35 named glaciers in the state of Oregon.  All Three of the Sisters are located within the appropriately named Three Sisters Wilderness Area which encompasses over 280,000 square acres of land making it the second largest wilderness area in Oregon.   The most recent volcanic eruptions for each of these were as follows: North Sister 100,000 years ago, Middle Sister 50,000 years ago and South Sister 2,000 years ago.

Of the Three, South Sister is the most easily climbed of the three and is arguably the most frequently climbed glaciated mountain in the world.  It is usually accessed via the Cascade Lakes Highway on the south side of the Three Sisters Wilderness area.  The two most common trailheads for climbing of South Sister are the Green Lakes trail and the Devil’s Lake trail.  While climbing South Sister is not technical, it does make for a long day with nearly 5,000 feet of elevation gain and loose volcanic pumice under foot for much of the climb.  In the summit crater of South Sister is a small teardrop pool which melts out late every summer and is widely considered to be the highest lake in Oregon at over 10,000 feet in elevation.  Middle Sister, like South Sister can be a non-technical climb but access is more difficult with most climbers departing from the Obsidian Trail area to the west of the Three Sisters or the Pole Creek trailhead near the city of Sisters, Oregon.  North Sister is by far the most difficult and dangerous climb of the three mountains because of some very exposed and steep slopes with poor loose rock covering the route.

Personally, the Three Sisters Mountains are a prominent reason why my wife, Debbie and I moved to Bend, Oregon 12 years ago.  Their glacier clad slopes are a stunning site at any time of the year and the fact that they are visible from many locations in the Central Oregon area make them a regular and wonderful landmark for visitors to Bend and the Central Oregon area.

If you have interest in purchasing this or any of the other greeting cards in my line of soon to be launched Cascade Mountain Greeting Cards, please check back with this site soon as the cards have been ordered and will be printed soon and hopefully arrive before May 1st, 2009.

Thanks for visiting and check back soon for my next entry about my line of Oregon Greeting Cards.