I’ve had few of photography successes this summer which means I’ll be coming out with with some new prints in the near future.  One of the images that I most definitely will be printing is the following photo of my favorite waterfall in the Bend, Oregon area, Central Oregon’s own, Tumalo Falls! 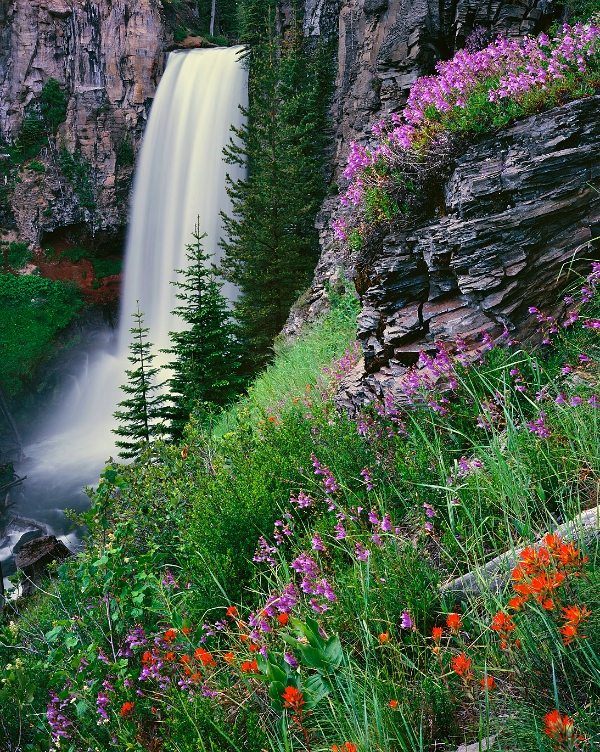 Frankly, I’m thrilled with this image.  It has texture, color and one of my favorite waterfalls in the world.  Tumalo Falls is one of those locations that are beautiful but they don’t always photograph well.  I’ve been to Tumalo Falls hundreds of times as it is close to my home town of Bend, Oregon, but I’ve never captured an image from Tumalo Falls in summer that does justice to its beauty.  This was a tricky, technical photograph to capture and my transparencies of this stunning waterfall are tack sharp, which is sometimes an elusive thing!  As a side note, there was a big otter rustling around in the undergrowth just 10 feet away right before I captured this image of Tumalo Falls.  He almost crept right into my scene but at the last moment he was spooked by my shutter release.  Another special memory from this beautiful Central Oregon waterfall!  This image will soon be available as a fine art print.  Please visit my online portfolios to see other images that are available.